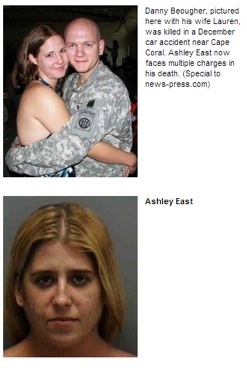 East now faces charges of one count each of DUI manslaughter, DUI with serious bodily injury and DUI with personal injury in the death Daniel Beougher, an Iraq war veteran visiting family in Cape Coral in December.