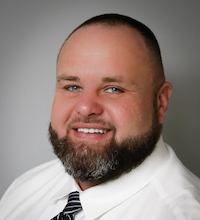 Jeremiah graduated from the University of New Mexico in 2001 with a Bachelor’s Degree in Criminology, minoring in Biological Anthropology. While studying at UNM, Jeremiah enlisted in the United States Marine Corps Reserve, and also coached his former high school’s Speech and Debate Team.

Jeremiah enrolled at California Western School of Law in San Diego, California in June of 2013. As a student at CWSL, he became a member of the school’s Appellate Moot Court Competition Team, participating in three national-level competitions and receiving recognition as an outstanding speaker while continuing to develop his oral and written advocacy skills. Jeremiah was also active as a student ambassador for the school and a member of California Western’s Moot Court Honors Board, and interned with the San Diego County District Attorney’s Office. Jeremiah moved to Southwest Florida in his final semester, completing his studies while interning with Associates & Bruce L. Scheiner. Jeremiah graduated from California Western in January 2016 with Honors.

Jeremiah began as an intern with Associates & Bruce L. Scheiner in the fall of 2015, completing his studies at California Western School of Law long-distance during the internship. Upon completion of his coursework, he accepted a position as a Graduate Clerk with the firm in December of 2015. After passing the Florida Bar Exam in April of 2016, he accepted a position as an Attorney for the firm.

Born and raised in Albuquerque, New Mexico, Jeremiah moved to San Diego, California after 35 years to attend law school. A recent transplant to Southwest Florida, Jeremiah enjoys exploring the area and discovering new outdoor venues and activities in the area. Jeremiah also enjoys fishing, swimming, and is an avid reader and film buff.