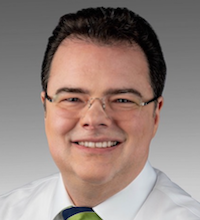 "I am passionate about protecting the rights of individuals. As a lawyer, I took an oath to support the Constitution of the United States and the Constitution of the State of Florida, which grant all of us valuable rights. I am passionate about the law, the U.S. Constitution, the Florida Constitution, people's civil rights, and people's right to access the courts. Unfortunately, there are times when we as individuals are injured and oppressed by others, including corporations. That's where I come in. Almost 25 years ago, Bruce L. Scheiner took me under his wing and later inspired me to go to law school. Under Mr. Scheiner's friendship and tutelage, I have devoted myself to protecting the rights of accident victims and their families. Over the course of this journey, I have found tremendous personal satisfaction and a love for the law. I am grateful to Mr. Scheiner for this."

University of Florida
College of Journalism and Communications
Bachelor’s of Science (B.S.), Major in Advertising / Minor in History of Art - 1993

Mr. Dalesandro practices exclusively in the area of Personal Injury litigation and represents only individuals injured by the negligence of others. Mr. Dalesandro became a licensed attorney and member of the Florida Bar in 2002. He is also licensed to practice in theUnited States District Court for the Middle District of Florida. He is a member of the Lee County Bar Association, the Florida Justice Association, and Phi Delta Phi International Legal Fraternity---the oldest legal organization in the United States fostering scholarship, civility and ethical conduct in the legal profession. In 2014, he was inducted as a Barrister in the Calusa Inn of Court, a legal society which is devoted to enhancing professionalism, civility, and competence of the legal profession.

Mr. Dalesandro got his start in the legal profession almost a quarter century ago when he began working at the Firm as a file clerk and marketing intern while he was a student at the University of Florida in Gainesville. During his undergraduate years as a Florida Gator, Mr. Dalesandro was the recipient of numerous honors and awards, most notably the UF Presidential Recognition Award for Outstanding Contributions to the University of Florida. He was the graphic designer of the Communigator, the official newsmagazine of the UF College of Journalism and Communications, where he majored in Advertising. He graduated from the University of Florida with highest honors earning his Bachelor of Science degree in Advertising, having taken courses on writing for mass communication, media planning, copywriting and visualization, advertising strategy, advertising research, and law of mass communication. He took courses on statistics, marketing and economics as well as literature. He minored in History of Art with an emphasis on Northern European Renaissance, Baroque, and American Art.

After graduation from UF, Mr. Dalesandro became the Firm’s first Director of Marketing. During his 6 years as the Marketing Director, Mr. Dalesandro coordinated all of the Firm’s marketing activities, including television, outdoor, yellow pages, events, and client relations.

In 1999, Mr. Dalesandro set his sights on the Florida State University College of Law in Tallahassee, which in 2014 was recognized by U.S. News & World Report as Florida’s #1 law school. As a law student, Mr. Dalesandro worked hard, graduating cum laude one semester early and earning numerous awards. A gifted writer, Mr. Dalesandro won the Book Award for Legal Writing and Research I and II. As a member of the Journal of Land Use & Environmental Law, he won an award as an Outstanding Article and Notes Editor. Mr. Dalesandro was also an award winning member of the FSU Moot Court Team. He placed in the top 4 new members of the Moot Court team, winning a spot in the FSU “Final Four” competition, which was to have been judged by the Justices of the Florida Supreme Court had they not been busy with the 2000 Presidential Election cases. Fortunately, the Final Four competition went forward with the judges of the First District Court of Appeal instead. Mr. Dalesandro was a semi-finalist at the New York Law School 25th Annual Robert F. Wagner, Sr. National Labor & Employment Law Moot Court Competition, placing in the top 4 out of 44 teams from around the United States. He won 4th Best Brief in that competition. Mr. Dalesandro was a state champion at the Florida Bar Robert Orseck Moot Court Competition in 2001, winning 1st place and best brief. At Orseck, Mr. Dalesandro finally got his chance to compete before the Justices of the Florida Supreme Court who judged the final round.

Originally from Cleveland, Ohio, Mr. Dalesandro moved to Southwest Florida as a boy in 1978 after the historic blizzard of that winter. He grew up in Southwest Florida, graduating from Mariner High School in 1989. He was designated a Florida Academic Scholar by the State Board of Education in recognition of outstanding performance and academic achievement. He won several academic scholarships to fund his education at the University of Florida.

Mr. Dalesandro takes great pride in being both a Gator and a Nole having attended the top two public universities in Florida.

He is a family man, having been married since 1997 to his lovely wife, Jaime, a public school teacher. The couple has two beautiful children, Abigail and Jonathan Luke.