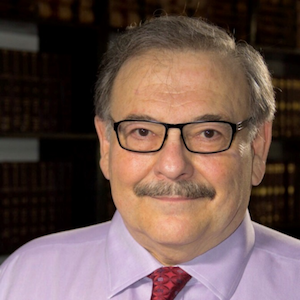 FORT MYERS, Fla. (Dec. 5, 2017) – A longtime champion for Floridians’ access to their court system, Dan Stengle has joined Associates and Bruce L. Scheiner, Attorneys for the Injured, as senior litigation and appellate attorney. He brings extensive and varied experience as a lawyer in private practice, as well as an accomplished background in public service in state government, affording him a unique perspective and passion for protecting clients’ constitutional rights.

Most recently, Stengle was in private legal practice, where among his specialties was challenging misleading ballot measures that would confuse voters. On three occasions, he was successful in convincing the Florida Supreme Court to strike from the ballot misleading proposed constitutional amendments that would have established a sales tax on services, including legal and medical services.

Stengle advised the governor on his constitutional and legal duties and authorities, including his emergency powers, suspensions of officeholders for wrongdoing, special elections and reassignments of state attorneys in the event of conflicts. He represented the governor in state and federal courts, helped craft state water policy, and advised Governor Chiles on his appointments of judges to the county and circuit courts and the district courts of appeal, as well as his appointments of justices to the Florida Supreme Court. Dan also served as general counsel to the Governor’s transition team between the Chiles/MacKay administration and that of incoming Governor Jeb Bush.

One of Stengle’s career highlights was writing Governor Chiles’ veto of a bill that would have seriously curtailed the rights of injured plaintiffs in seeking damages in court from those who harm them through negligence or other unlawful acts.

Stengle explained, “In vetoing an extreme bill that would have left injured Floridians without opportunities to recover damages from those who harm them, Governor Chiles recognized that those who cause harm should be primarily responsible for the injuries to their victims. The bill he vetoed would have shifted the burden to taxpayers to care for injured plaintiffs, and away from large manufacturers and other special interests responsible for causing damage in the first place. I’m quite proud of my history of service to help prevent special interests from restricting plaintiffs’ access to Florida courts.”

Associates and Bruce L. Scheiner tapped Stengle to write special pleadings and briefs on appeal, consult on complex cases, serve as co-counsel, prepare for hearings and support the firm’s advocacy for all of its clients.

Founding Partner Bruce L. Scheiner said, “Dan’s immersive experience in executive branch and legislative matters grants our clients an impressive advocate in any governmental climate. Combine that background with a deep commitment to professional ethics, clear communication and a team approach, and this new hire represents the best way to honor our firm’s proud history while blazing its trail for the future.”