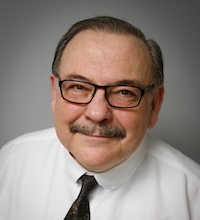 “My entire career has been devoted to serving the best interests of my clients, whether public or private. I am proud to join the team of outstanding and dedicated professionals at Bruce L. Scheiner, Attorneys for the Injured, bringing my extensive legal experience in seeking justice for those harmed by the wrongdoing of others.”

Dan Stengle received his Bachelor of Arts Degree in English from the University of South Dakota, where he also taught Freshman English Literature and Composition as a graduate teaching assistant.

From there, Dan attended his first year of law school at the University of Tennessee, where he was on the Dean’s List and received the American Jurisprudence Book Awards for the highest class grades in Torts Law, Contracts Law, and Criminal Law.

Dan transferred to the Florida State University to continue his legal studies, having been selected as a Legislative Analyst Intern under a joint program with FSU and The Florida Senate. He then served as a Certified Legal Intern in the Criminal Appeals Division of the Office of the Florida Attorney General, where he briefed and successfully argued cases for the State of Florida in the First District Court of Appeal and the Florida Supreme Court. In his senior year, Dan was selected by the College of Law to teach Legal Writing and Oral Argumentation to freshman law students. At FSU, Dan was on the Dean’s List, and received the American Jurisprudence Book Award for the highest grade in his Conflict of Laws class. He graduated from law school with High Honors.

Following law school, Dan served as an Associate Attorney for the law firm of Akerman, Senterfitt, and Eidson, focusing on litigation in administrative law, civil trials, and appeals. Following his first stint in private practice, Dan was selected as Senior Attorney – and later General Counsel – to the Florida Game and Fresh Water Fish Commission, where he specialized in rulemaking and enforcement of laws regulating fish and wildlife, including winning landmark cases involving endangered species and Native American Tribes, and regulation of state lands.

From there, Dan returned to The Florida Senate, serving as Staff Director to the Senate Governmental Operations Committee, where he directed legislative oversight of the organization, structure, and activities of executive branch agencies, and the Office of the Governor. He directed legislative oversight of the Administrative Procedure Act, and Florida’s Sunshine Laws, and conducted investigations and proposed legislation for action by the committee and the Senate.

Florida Governor Lawton Chiles then tapped Dan to be Deputy Chief of Staff and General Counsel, where Dan directed all legal and administrative aspects of the Governor’s Office. Dan advised the Governor on his constitutional and legal duties and authorities, including his emergency powers, executive suspensions, special elections, capital punishments, and reassignments of state attorney duties in the event of conflicts. He represented the Governor in state and federal courts, helped craft the Governor’s state water policies, and advised Governor Chiles on his appointments of judges to the county and circuit courts and the district courts of appeal, as well as his appointments of Justices to the Florida Supreme Court. Dan served as General Counsel to the Governor’s Transition Team between the Chiles/MacKay Administration and incoming Governor Jeb Bush.

Following his public service, Dan entered private legal practice, representing clients on land use, regulatory permitting, utility regulation, and in all aspects of litigation and appeals. His clients included the City of Tallahassee, the Florida Realtors Association, Florida Governor, Florida League of Cities, and Florida Association of Counties. On three occasions, Dan successfully challenged proposed constitutional amendments that would have established a sales tax on services, including legal and medical services. He specialized in challenging misleading ballot measures that would confuse voters if allowed to appear on the ballot.

Dan was raised in South Dakota, and moved to Florida following college. He and his wife, South Dakota native Jennifer Miles, own a farm near Raymond, SD, where they enjoy viewing and photographing abundant wildlife on the farm’s restored historic tall grass prairie, and tramping the fields and woods with their black Labrador Retrievers. Dan also enjoys hunting and fishing both in Florida and in South Dakota.

Due to extenuating circumstances, it was necessary for Dan to pay his own way through college and law school. As a result, Dan had wonderful employment opportunities during college weekends, spring breaks and holiday breaks, and summers. He variously held positions as a South Dakota state park ranger at Newton Hills State Park, and Lewis and Clark Chain of Parks along the Missouri River, and as a custom farm worker and alfalfa cutter in rural areas near the University of South Dakota, electrical lineman constructing line towers from North Dakota through northeastern South Dakota, and an inside electrical wireman who help construct the Big Stone City Power Plant along the South Dakota/Minnesota border.

During college, Dan was elected to the University of South Dakota Student Senate, where he successfully sponsored and established the "Vietnam Veterans Welcome Home Program," partnering returning veterans with non-veteran college students in an effort to smooth the transition of GI Bill war veterans into college life. He also served on the University's Program Council, where he directed the "Adopt-a-Grandparent Program," which fostered relationships between college volunteers and elderly shut-ins; coordinated evening practical "mini courses" taught by knowledgeable community members in such subjects such as auto repair, wildlife photography, and cooking; and organized an annual "Holiday Festival" for the children of University faculty and staff.

Other Activities and HonorsProfessional Publications
Contact Us
Practice Areas
Client Reviews
★★★★★
Bruce L. Scheiner and his team were the most friendly people I've ever met they genuinely cared about me... I highly recommend them Brooke Krause
★★★★★
I was really satisfied with services I received. Bruce is not only an attorney, but like family. He got me three times what I thought I would receive and was always there when I needed an answer on something. I'd say he is the best attorney I have dealt with in my 68 years. Harry Zulauf
★★★★★
I found working with the BLS firm to be a very good experience. They kept me informed on my case, answered all my questions, and were prompt when I needed assistance. Wendy Walker
★★★★★
I was in an accident and BLS was very helpful and gave a lot of support. If I had any questions, it was just a phone call away. Everyone in the office is very nice and helpful. Celeste Thompson
★★★★★
We had a wonderful experience with everyone here. The staff and attorneys were friendly, knowledgeable, and compassionate. They inquired about our injuries and our recovery. I would highly recommend their services! Heather Bair Daniels
★★★★★
I have nothing but good things to say about this law firm. I can honestly say that I am very satisfied with their work and my end results. I would absolutely recommend these set of attorneys to anyone. Thank you guys for all the hard work! Merida McDonald
★★★★★
BLS was incredibly helpful with my case, even during the hard challenging periods of my case Bruce & PJ were always just a call away. Even though they couldn't answer my call at that direct moment, they ALWAYS made a point to call me back. The staff at Associates and Bruce L. Scheiner were always helpful and friendly, if they didn't have the answer they would always call me back with what I needed to know. Robert Drawdy
★★★★★
I was in a car accident and I seen his Advertisement on TV and I was very impressed of how kind and caring he really is to others and I called them and they took my case and they were very caring and understanding .. they were right on top of everything from being to end and the staff that works in the Fort Myers office were very friendly I would recommend them to a friend or family member if in need of a attorney... Thank you for your services and you made me feel like part of your family. Christina Mauro
View More
Submit a Law Firm Client Review