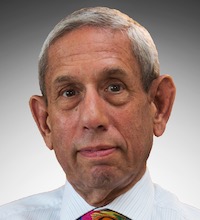 “I grew up in a working-class family – we didn’t have money to go out and hire an attorney. This is the only opportunity to give the average citizen a chance to be on equal footing with the mega-corporations of the world.”

Caring, responsibility, respectfulness, dedication to right wrongs and protect others- those qualities describe Bruce Lawrence Scheiner. He was born in 1945, the same year his father, a New York City fire fighter, responded to the tragic Empire State Building fire after a B-25 Mitchell bomber crashed into its 79th Floor in heavy fog.

Mr. Scheiner developed a passion for protecting the rights of others through a strong working-class ethic and a desire to be of help to all around him. He decided, upon graduation from high school in Queens, New York, to pursue a career in law to seek tangible and compassionate justice for those who otherwise would have no voice.

Soon after, he and his young wife Cheryl moved to Southwest Florida in search of a better place to start a career and raise a family. The reason the newlyweds landed in Fort Myers was simple economics: they found a local motel that would take the young lawyer's gasoline credit card as payment for a room.

As they began to settle down in Fort Myers, Mr. Scheiner and his wife opened a small office in downtown Fort Myers (now known as the River District). Initially, Mr. Scheiner handled a variety of cases, but saw a need for strong representation for people who were injured in various types of vehicle accidents, including automobile, motorcycle, truck, uninsured motorists and injuries to pedestrians. Mr. Scheiner also found that his skills could assist people who were harmed by rape/assault on business property, slip and fall injuries, dog bite, defective products, and wrongful death.

Any case that involved the negligence or intentional hurtful acts of people or businesses against an individual, Mr. Scheiner was willing and able to represent the victim against large corporations and insurance companies.

Since 1970 Mr. Scheiner has handled more than 25,000 cases. His relationship goes far beyond client/attorney. Mr. Scheiner regards each person he represents as a friend. Their injuries become his injuries, their pain his pain.

Mr. Scheiner remains passionate about representing his clients. You can find him at work six and seven days a week. He reviews every case personally and hand selects each client the firm represents. Mr. Scheiner personally oversees every case as he works alongside his experienced associates and support staff members, bringing after more than four decades of personal injury experience into the negotiating room and into the courtroom.

In addition to helping his clients, both Mr. & Mrs. Scheiner and their associates are strong advocates and supporters of several community organizations and initiatives: MADD (Mothers Against Drunk Driving); Eden Foundation, a foundation that assists Autistic children and adults; Make a Difference Scholarship program, an initiative that supports local students; strong promoters of Motorcycle safety and motorcycle rights and other organizations, including the Lee County Injury Prevention Coalition.

In August of 2007, his son, Preston John Scheiner, joined the firm as an associate attorney. Says Mr. Scheiner: "The crown jewel of practicing law is working with my bright and passionate young son, who shares my vision for fair and compassionate representation of those who thought they had no voice."