He loves helping the underdog, giving to his community. 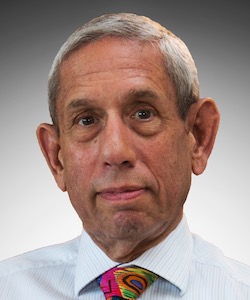 FORT MYERS, Fla. (Feb. 25, 2020) – In 1970, gas was 36 cents a gallon, the cost for a movie was $1.55 and Bruce L. Scheiner was starting a career as an attorney. Now, 50 years later, the founder of Associates and Bruce L. Scheiner, Attorneys for the Injured, loves to fight for the rights of others and has no intention of slowing down.

His father was a fireman and his mother a secretary. Bruce saw how they struggled to provide, that they never would have been able to afford an attorney. “I knew I wanted to go toe-to-toe with the bigger corporations of the world,” he said, “and help people who normally wouldn’t have that ability.”

He served as a clerk in the Florida Office of the Attorney General while he was attending law school at the University of Miami. After receiving his law degree and passing the Florida Bar, Bruce was hired in 1970 as assistant attorney general, handling criminal appeals.

Also during this time, he met his future wife, Cheryl, but the two weren’t happy with their surroundings in Coconut Grove in Miami. Their newspaper delivery person had been robbed twice. “We wanted to get out of there,” Bruce remembered, “and my wife said, ‘what is the west coast of Florida like?’”

With no money, one credit card and residing in the Ramada Inn in downtown Fort Myers, Scheiner took a job with First National Bank in Fort Myers. A few months later, he decided to open his own law practice on the second floor of a building on First Street, becoming the 110th attorney in the city. He didn’t have any clients, but Edison National Bank gave him a $5,000 loan to get started. He called himself a “hands” lawyer. “I took whatever case I could get my hands on,” he said. Bruce settled his first case for about $40,000, launching what has become a very successful and well-respected career with over 25,000 clients and a staff of over 100 professionals.

His career and number of clients skyrocketed in 1977 when the U.S. Supreme Court ruled attorneys could advertise. He was the first Fort Myers attorney to do so, placing ads in the News-Press, then on radio and television.

In 1981, he opened the office where the firm is currently located, expanding in 1986. “I started hiring more attorneys,” he said, including his son, Preston J. Scheiner, in 2007. “That was the best thing that ever happened to me besides meeting my wife and having my son,” Bruce said. “He is the brightest person I know.”

He’s also very proud of the scholarship program he and his wife started about 15 years ago. Called the “Make a Difference Award,” the firm gives scholarships to middle and high school students over a five-county area: Lee, Collier, Charlotte, Hendry and Glades.

“It's very important to me, as a fireman’s son, to share with other people, and my wife is very much into education,” Bruce said.

Bruce loves to paddle board and go hiking. He also loves the motorcycle community and for years has sponsored the Cape Coral Bike Night and also is sponsoring the Fort Myers Bike Night. “I love to help the underdog,” he said. “They are not given any respect by other drivers. These are people who are not treated fairly. “We are their voice.”

And Bruce plans to be that voice for them and many others for years to come.

Associates and Bruce L. Scheiner, Attorneys for the Injured, was founded in 1971 by Bruce L. Scheiner and his wife, Cheryl Scheiner. Both continue to work alongside their son, P.J. Scheiner, who joined the firm as a trial attorney in 2007.

Today, Bruce and P.J. work in the negotiating room and the courtroom, where they fight to secure full and fair restitution for each and every client they have the privilege of representing. Bruce Scheiner still hand selects each case the firm accepts, personally assembles the team best able to see the case through to settlement or trial, and oversees every case from intake to resolution.

Associates and Bruce L. Scheiner, Attorneys for the Injured, has the knowledge, experience and resources to handle all types of personal injury and wrongful death claims for clients across the state of Florida, including trucking accidents, boating accidents, airplane accidents, nursing home neglect and abuse, construction accidents, defective product claims, premise liability claims and injuries to children.