Fort Myers - Then and Now

Can you believe it!
When Mr. Scheiner built the firm’s headquarters near Page Field in 1981, the office was located at the edge of town!

In the five decades Mr. Scheiner has been fighting for the rights of the injured, his firm has grown right alongside the community: 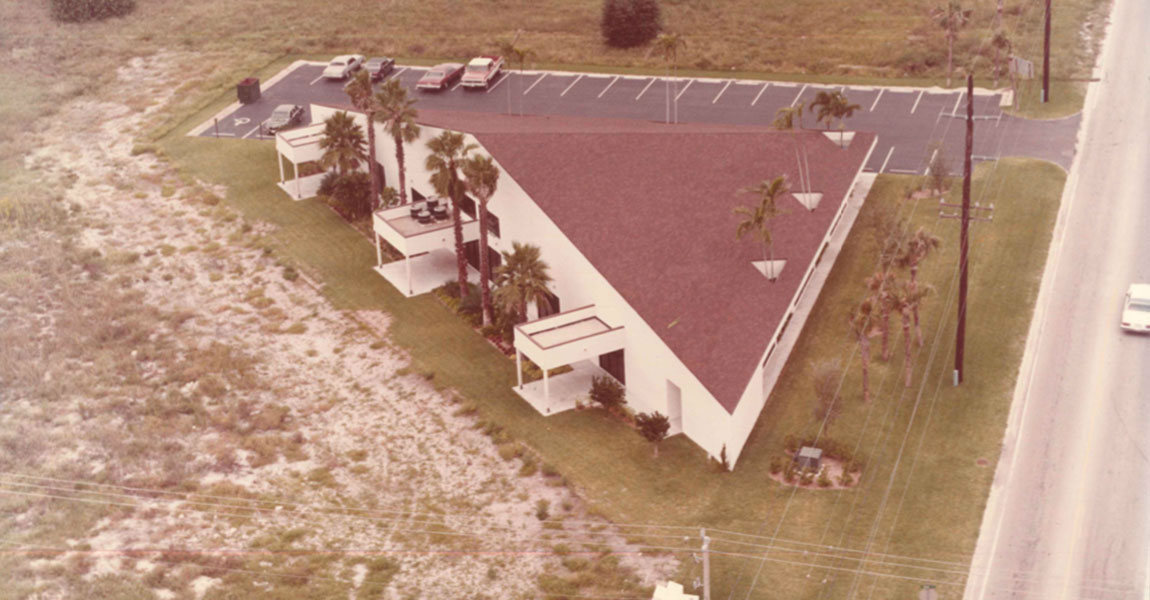 Fort Myers Throughout the Years 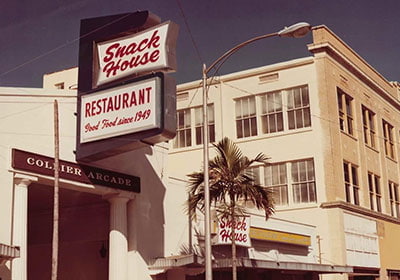 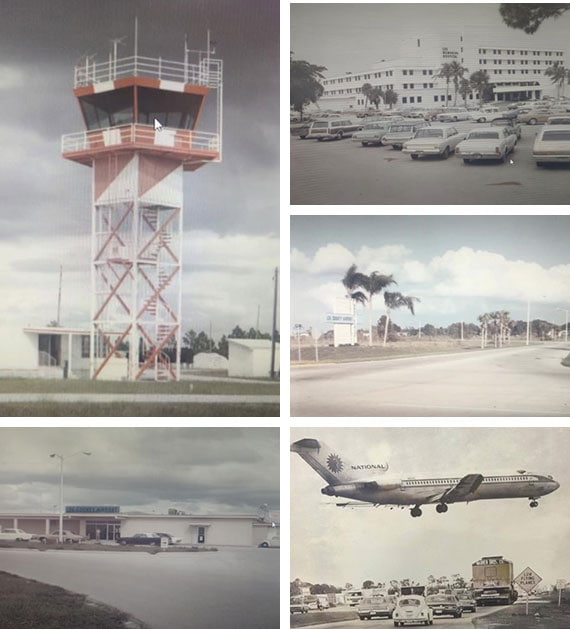 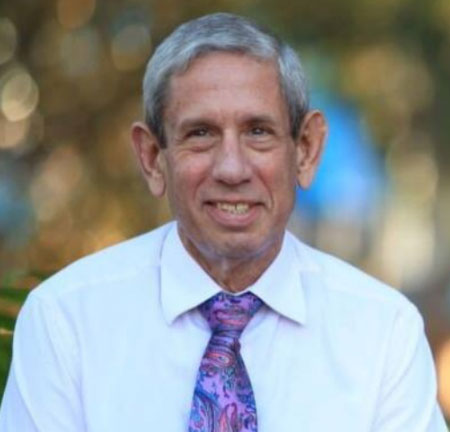 Now in his 50th year of personal injury and wrongful death representation, founder Bruce L. Scheiner remains as accessible to clients as when he founded the firm in 1971.

“I am most proud of the fact I give each and every one of our firm’s clients my cell phone and tell them I am available to help them 24/7,” he said.

Mr. Scheiner developed a passion for protecting the rights of others through a strong working-class ethic and a desire to help those around him. “This is the only opportunity to give the average citizen a chance to be on equal footing with the mega-corporations of the world,” he said.

Dedicated from the start to fighting for victims and families, he continues to work alongside veteran attorneys, including his son Preston J. Scheiner, at what today is the largest personal injury and wrongful death law firm headquartered exclusively in Southwest Florida.

“I grew up in a working-class family,” Mr. Scheiner said. “We didn’t have money to go out and hire an attorney.” 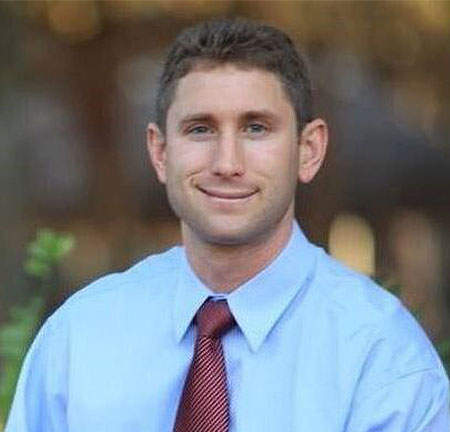 Preston J. Scheiner is a second-generation injury attorney who has forged a reputation as a passionate courtroom advocate.

Watching his parents, Cheryl Scheiner, who managed the firm for decades, and Bruce L. Scheiner, the firm’s lead attorney, there was no question P.J. would follow in their footsteps. "There is no greater privilege than to stand with those who seek only the justice afforded by a fair redress of their harm,” he says.

A graduate of Amherst College and the University of Miami School of law, P.J. has received numerous recognitions for his advocacy in the courtroom and his work in the Southwest Florida community.

This year, he was one of just 300 lawyers nationwide invited to join the American Board of Trial Advocates and was named to the 40 Under 40 list by Gulfshore Business magazine, which recognizes young community leaders.

He lives in Fort Myers with his wife and two young children. 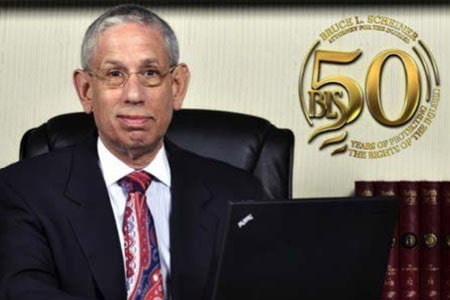 Founding Attorney Bruce L. Scheiner is being recognized for his 50th year of service to the Southwest Florida community. From his humble beginning as the son of a New York City Firefighter and the first generation of his family to go to college, to one of the most recognizable names and faces in the Southwest Florida legal community, Bruce has built a name for courtroom advocacy and community service.

While his father fought fires in the Hell’s Kitchen neighborhood of New York City, Bruce Scheiner graduated high school in Queens before moving to Florida to live with his grandparents and attend the University of Miami. After graduating from the University of Miami School of Law (Class of 1970), Bruce worked for a year in the Miami office of the Florida Attorney General before relocating to Fort Myers. Together with his young wife, Cheryl, the couple’s reason for first considering Fort Myers was simple economics: They found a local motel that would take the young lawyer's gasoline credit card as payment for a room.

Scheiner searched the yellow pages for a law firm that might want to hire him. “I was the outsider from New York and Miami, and wasn’t sure I would be welcomed,” he remembered. Mr. Scheiner originally partnered in a law firm in downtown Fort Myers but quickly found his calling representing those who had been seriously injured or killed. He opened his original law firm in a one-room office before building the firm’s current 24,500 square foot headquarters near Page Field, which in those days was at the edge of town.

“I found a way to give the average person, the everyday worker, a key to the courthouse where they could hire a lawyer without having to pay a retainer,” Scheiner said. “It put them on equal footing (with big corporations).”

Over the last five decades, his firm has handled more than 25,000 cases. Scheiner never wanted people to feel like attorneys were only for the wealthy. “I am most proud of the fact I give each and every one of our firm’s clients my cell phone and tell them I am available to help them 24/7,” he said.

A family firm from the start, Cheryl Scheiner has been working side-by-side with her husband since 1971. Their son, Preston J. Scheiner, joined the firm in 2007 and has received acclaim for several notable verdicts obtained on behalf of clients of the firm.

Today, Associates and Bruce L. Scheiner, Attorneys for the Injured, is home to more than 70 working professionals, including eight attorneys, as well as investigators, medical professionals, paralegals and support staff.

Still a family firm, Mr. Scheiner continues to work alongside his wife and son fighting for the rights of injury victims and their families right here in Southwest Florida.

Giving Back in Southwest Florida

What sets Associates and Bruce L. Scheiner, Attorneys for the Injured, apart from other large law firms that have opened offices in Fort Myers is that we live and raise our families right here in Southwest Florida.

For the five decades Bruce and Cheryl have called Fort Myers home, they remained committed to giving back to their community:

Drunk driving prevention: A longtime supporter of Mothers Against Drunk Driving, the firm continues to work to raise awareness about the tragic consequences of drunk driving.

Motorcycle safety: For decades, the firm has worked to raise awareness about motorcycle safety and the rights of riders on the roads of Southwest Florida. For more than a decade, we have provided primary sponsorship for Cape Coral Bike Nights, the area’s largest family friendly motorcycle event.

Make a Difference: For many years, the firm has provided scholarships to high school students, recognizing those who make a positive impact in the community. Several recipients have even gone on to work within the firm.

Autism: Eden Foundation, a foundation that assists Autistic children and adults, is an organization near to our hearts.

Toys for Tots/March of Dimes: Annual motorcycle charity runs and poker tournaments have been sponsored by the firm for many years.

Ask a Lawyer: For many years, Bruce L. Scheiner and Preston Scheiner have hosted a segment on KIX Country 92.9 every Wednesday morning at 9 a.m. to answer questions related to personal injury.