Home
Attorneys for the Injured
Benjamin A. A. Russell 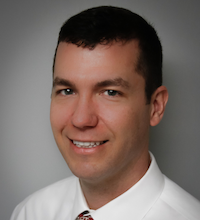 Benjamin A. A. Russell

Benjamin graduated with a degree in Civil Engineering with an Environmental Engineering Emphasis from the University of Mississippi in 2003 where he was initiated a member of Chi Epsilon, the National Civil Engineering Honor Society. In addition, Benjamin was the President of the Institute of Transportation Engineers, Secretary of the American Society of Civil Engineers, and inducted into the Order of the Engineer. He then attended law school at the University of Miami School of Law where he graduated Cum Laude and was awarded the Kurt Marmar Award, as voted on by his law school class, which is presented to the most well-rounded and sportsman-like advanced moot court competitor. In addition, Benjamin won the Law School's first year moot court competition and was a finalist in the advanced moot court competition. Also while in law school, Benjamin did an internship with the late United States Magistrate Judge Theodore Klein of the Southern District of Florida and was a Summer Associate at Phelps Dunbar, LLP.

Benjamin A.A. Russell joined the Associates and Bruce L. Scheiner, Attorneys for the Injured, as a trial attorney in March 2011. Prior to joining Associates & Bruce L. Scheiner, Attorneys for the Injured, Benjamin was an Assistant State Attorney in Miami-Dade County where he prosecuted numerous cases in both jury and bench trials and was a Division Chief in Juvenile Circuit Court where he trained other Assistant State Attorneys for felony jury trials and represented the State of Florida in Juvenile Drug Court. After fighting for justice in the courts of Miami, Benjamin and his wife Jaime moved to Tupelo, Mississippi where he practiced civil, criminal, and family law with his father Rhett Russell.

Born in Homestead, Florida but raised in Tupelo, Mississippi, Benjamin graduated from Tupelo High School in 1997. Benjamin comes from a long line of attorneys inlcuding his father, two uncles, and two first cousins. Benjamin met his wife, Jaime Generazzo, while studying law in Barcelona, Spain. She is also an attorney and is a Professor of Research, Writing, and Advocacy at a local law school. Benjamin and his wife Jaime have two children.